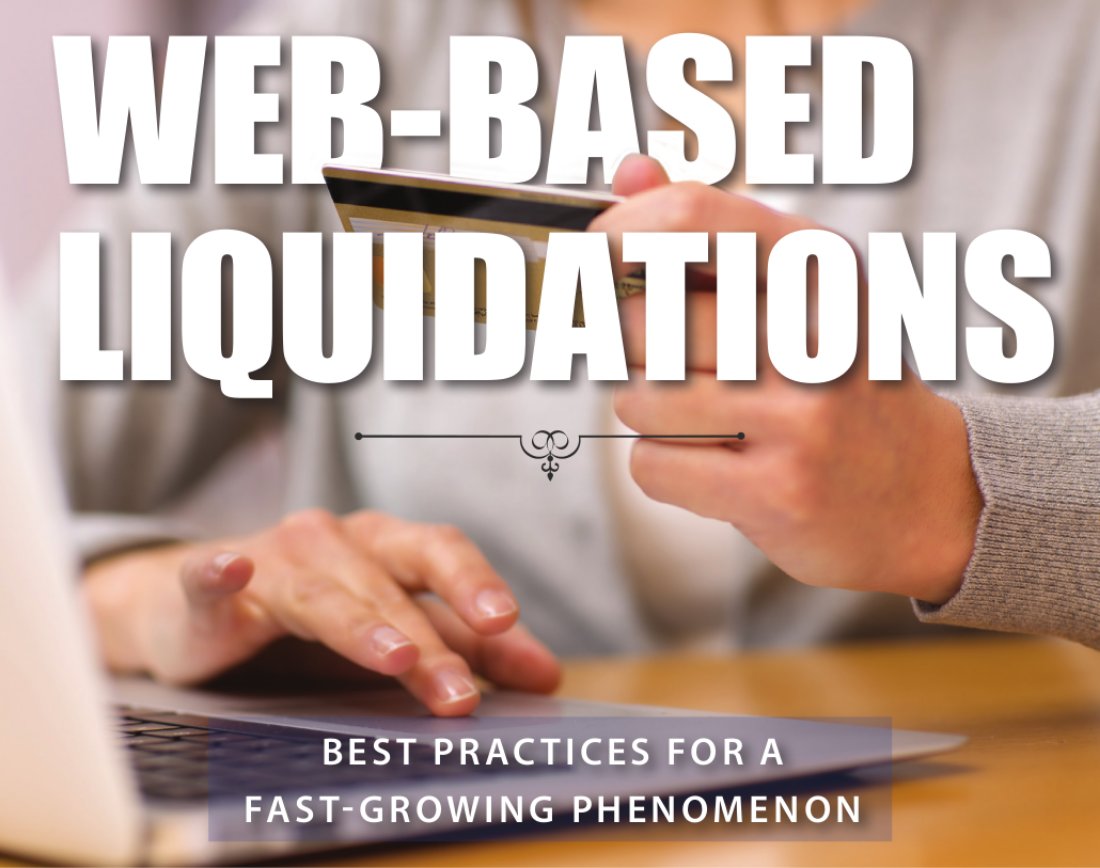 Just as growing numbers of traditional retailers have learned to augment their core brick-and-mortar assets by building well-trafficked e-commerce sites, liquidation firms serving the ABL industry are also mastering the nuances of leveraging the Internet as an effective sales channel. Those in our industry have considerable reason to do so. After all, more e-tailers are now seeking ABL loans, and even liquidations of purely brickand-mortar stores are increasingly likely to include some type of e-commerce component. But while the goal of Web-based liquidation sales is unchanged from brick-and-mortar dispositions—namely, to extract maximum recovery values for the lender—the specific considerations involved can be quite different.

For example, in a typical bankruptcy scenario, the court categorizes assets as either “soft” or “hard,” with the hard inventory auctioned separately from soft assets such as IP or leases. But a complicating factor here is that, typically, the party acquiring the IP also gains exclusive rights to the brand’s Internet domain. In the case of a retailer that sells goods both online and in stores, the practical effect is to stop the liquidation firm from using the most logical online channel—the brand’s primary Web address—as a venue for Internet-based sales conducted in the course of the liquidation.

The good news is that the liquidation firm can make a creative play in which it enlists a third party — such as an online fulfillment service or comparative-shopping network—to drive Internet-based sales of the remaining inventory. So long as such strategies do not threaten the value of the brand, they tend to be acceptable to the court. For instance, in the case of a firm liquidating hypothetical retailer XYZ Store, the court might reject the idea of creating ByeByeXYZStore.com, but approve the use of third-party sites such as Google Shopping or Amazon to facilitate the online sale.

Once they get past those domain issues, liquidators next have to consider the options for promoting the sale. If a liquidation team were hired to run the GOB for a local jewelry store, it would naturally seek to make the best possible use of conventional marketing methodologies—from newspaper and radio spots, to sign walkers and billboard ads. Likewise, today’s liquidators need to be adept at leveraging the rapidly evolving marketing methods of the Web. This includes the likes of banner ads, pay-per-click advertising and affiliate marketing, to name a few. Importantly, the firm must also be cognizant of the dos and don’ts associated with each of these approaches.

In particular, spam filters are a good illustration of the kinds of obstacles that can emerge in Internet-based liquidations. Faced with terabytes of junk emails from all over the world, the top email services are scrambling to stanch the flow of these unwanted messages. But as retail or e-tail borrowers start to get into financial trouble, the temptation grows for them to, in effect, abuse their customer lists by emailing their shoppers too frequently, as well as by sending them too many low-value emails (i.e., offers with ho-hum discounts). The liquidation firm might face the same temptation as it launches an email marketing campaign.

Trouble is, the major email services are prone to “blacklist” as spam those email distributions that have high volumes and low click-through rates. After landing on such a blacklist, the liquidation firm might find that its email messages are being metered out by the spam filter at a painfully slow pace. For instance, instead of being able to send out 1 million emails at once, the team could find that only a small portion at a time are being released by spam filters, since these filters look for proof of a higher click-through rate. Absent this, the blacklist will continue and could eventually lead to a full shutoff. Injudicious handling of the customer list, in other words, could end up forcing the firm to prematurely ramp up the discounts offered in its email campaign in a bid to bolster the response rate and get past services’ spam filters. This, of course, would reduce the GOLV.

Internet-based liquidations involve other considerations as well. In a brick-and-mortar bankruptcy, the borrower’s occupancy is protected during the sale even if the pre-bankruptcy rent or utilities for the space are past due. But e-tailers are often dependent upon third-party firms for such services as Web hosting, email, computer coding, customer-list management and, not least of all, shipping. While this might change in the future, an e-tailer’s “occupancy” vis-à-vis these services is not yet protected. Accordingly, the lender should pay careful attention to the borrower’s relationship to such essential services. After all, the liquidation could hardly proceed if UPS or Fedex are refusing to ship until they get a check.

To be sure, e-retailing’s extraordinary growth makes it a certainty that such considerations will loom ever larger for the ABL community. Indeed, the topic of best practices regarding Web-based liquidation sales is already generating considerable discussion. This is rightfully so, because the Internet clearly represents a tremendous opportunity for our business. To that end, our retail expertise should encompass not just Main Street and the mall, but the digital dimension as well.

This article originally appeared in The ABL Advisor, June 2013