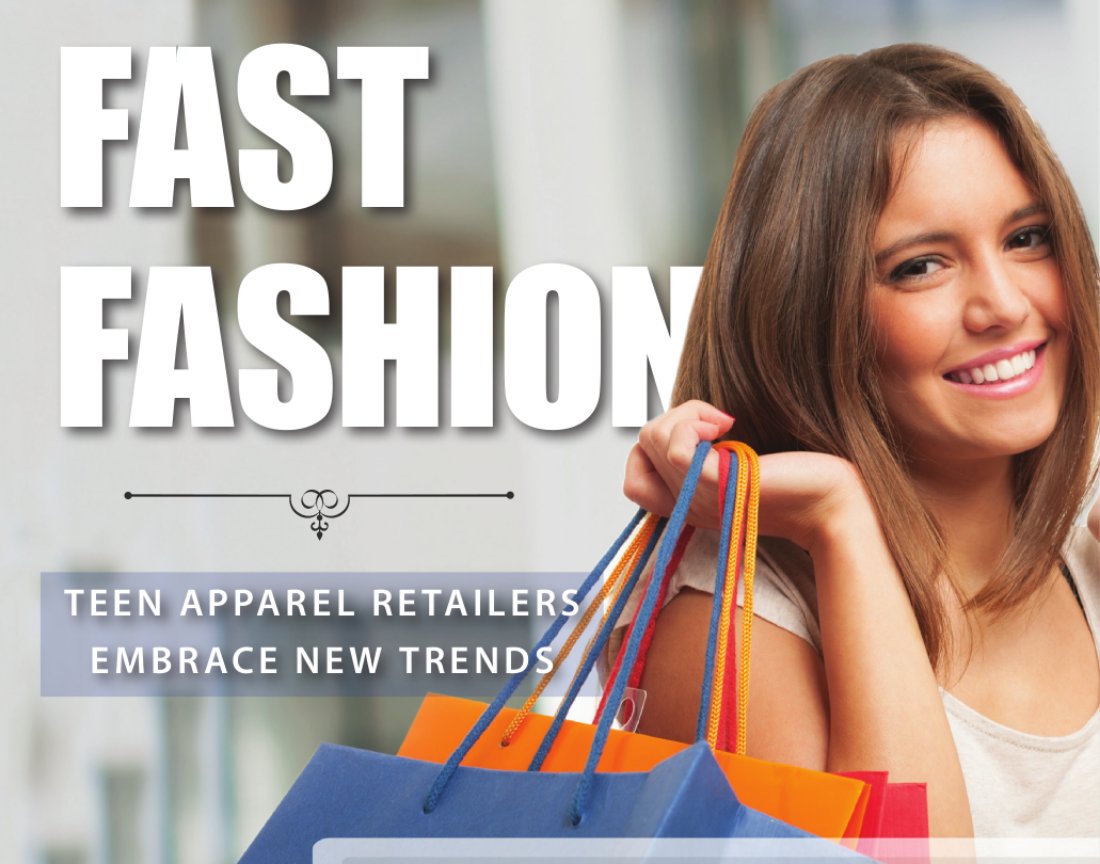 Mall-based teen apparel retailers have struggled over the past few years amid growing competition from lower-priced “fast-fash¬ion” chains such as H&M and Forever 21, as well as the likes of off-price retailer TJ Maxx and Internet players ranging from Amazon to Zappos.

But retail CEOs have more to worry about. They are particularly concerned about broader trends at play in teen apparel retailing, including high unemploy¬ment rates and teens’ shifting spending priorities and ever-easier and -cheaper access to alternative retail channels.

Start with unemployment. According to the Bureau of Labor Statistics, the 20.7% national unemployment rate among 16- to 19-year-olds is the highest of any other age category (the rate is 6.6% for all adults). What’s more, teens’ spending patterns are shifting significantly from the heyday of the mall-as-hangout: When teens do have jobs and money, fewer of them are spending it on clothes. As Stifel Nicolaus analyst Richard Jaffe recently told The New York Times, high-tech gadgets are the new status symbols for teenagers, not clothes: “Probably the most important thing a teenage boy has is his smartphone,” Jaffe said. “Second, is probably his sneakers. Third, maybe, we get to his jeans.” And where they used to compete only with each other, retailers also have to vie for attention in a world of smartphone apps and Xbox.

In today’s teen culture, trends change with the speed of a video game, and so timing and adaptability are of the utmost importance for retailers. Fortunately for secured lenders who work with borrowers in this sector, the mainstream teen apparel chains are getting savvier about fast-fashion. Abercrombie & Fitch Co., for one, announced plans in March to re-make its Hollister chain as a fast-fashion brand with sharper price points. Toward that end, the company just retained a tech provider to ramp up the speed of its customer response testing and product development. The goal is to manage risk, lower expenses and ramp up the efficiency of back-end systems.

Abercrombie sees that chains such as Forever 21 and H&M have benefitted by being able to make purchases closer to the season. These chains can buy what’s “hot” right now rather than projecting far into the future. By contrast, outmoded trends, like the logoed shirt, hold virtually no appeal for teens today. Little wonder so many retail¬ers are out to emulate the fast-fashion approach. Among others, GAP has cut its time-to-market down by streamlining basic looks, and its sales outlook has improved. At the end of March, Sears announced plans to create in-store, fast-fashion shops called Now + Here.

But the challenges for traditional teen retailers go beyond the fast-fashion chains: teenagers have an almost instinctual ability to navigate the web and are more often looking to the Internet to make purchases. One Piper Jaffray study found that more than three-fourths of teens said they shopped online (78% girls and 82% boys). According to the National Retail Federation, overall retail sales are projected to increase by 4.1% this year, while online sales are projected to grow between 9% and 12%. (Bear in mind, the U.S. Commerce Department says online sales still account for only 6% of all retail sales.) The Internet also shapes and accelerates fashion cycles. Things take off quickly and fade even faster. In fact, the real teen fashion trend right now is to not follow “trends” at all, but instead mix and match pieces to create unique styles that reflect a propensity toward variety and value.

That move to value is underscored by Piper Jaffray’s finding that 71% of teenage girls and 57% of boys shop off-price stores.

Of course, mainstream teen retailers have no control over these broader societal trends. But they do have the ability to smartly adapt. Arguably, their attempts to date have been too slow and have not gone far enough, but some of these chains are putting more time and thought into finding ways to offer more variety, faster turns and cheaper price points. Secured lenders should monitor these efforts, which hold promise but are by no means guaranteed to win the hearts of America’s fickle, perpetually distracted teens.