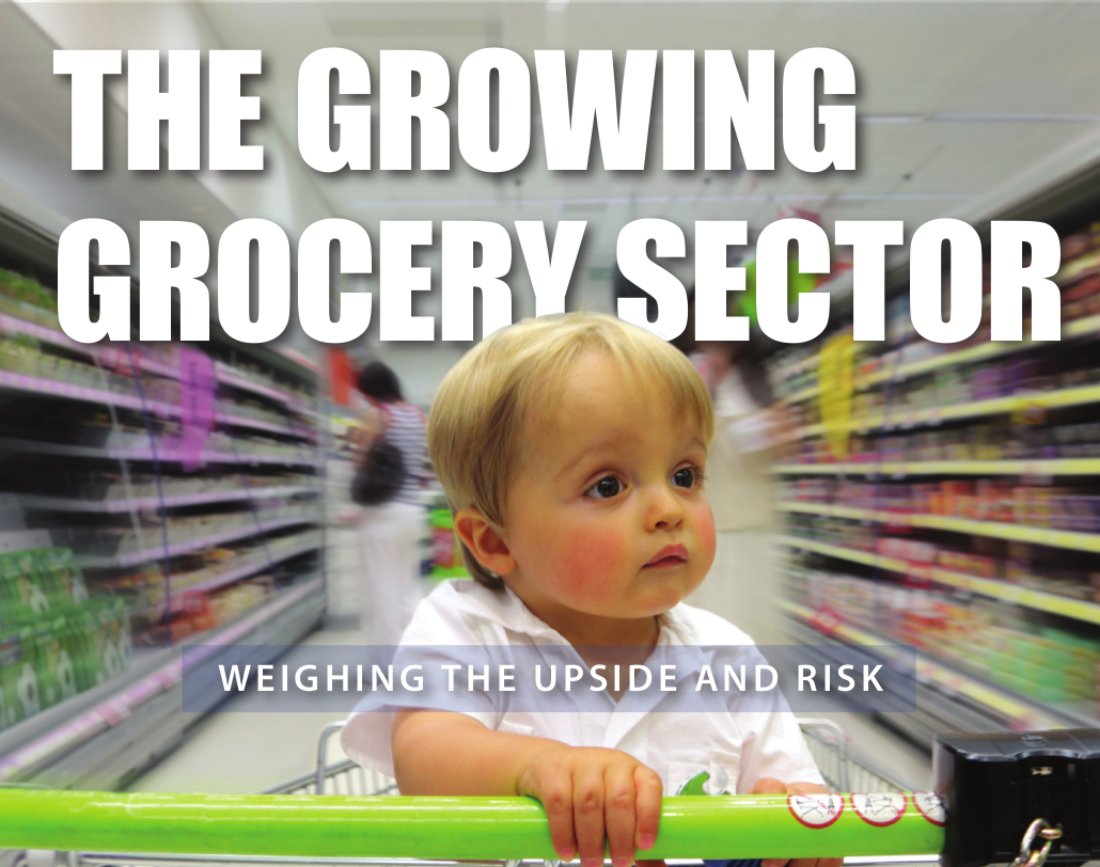 The rapidly changing retail food sector shows no signs of slowing down. But while the overall growth in this space is noteworthy, it is arguably more interesting to consider where this growth is occurring: Mass merchants such as Walmart, Target, Costco and even dollar stores and drugstores continue to seize market share from traditional food retailers. Meanwhile, the foodie and healthy-living trends have been driving strong growth at the likes of Whole Foods and Trader Joe’s.

Little wonder that sales of most traditional grocers have been slipping or staying flat. For secured lenders, the reality is that, given the low margins and high volumes among traditional supermarkets, even a small drop in margin can push these operators into the red. When contemplating borrower viability or recovery potential on this collateral, then, ABL lenders should carefully consider the possible effects of a raft of factors, including unionization, real estate values, the competitive landscape, exposure to perishable inventories, vendor concentration and limitations imposed by state and federal regulations.

Market surveys consistently show that price is the top priority of today’s consumer. Giants such as Walmart and Costco have also launched innovative technology and private-label strategies that smaller chains struggle to emulate. This is undoubtedly part of the reason M&A activity is running high. So far this year, notable deals include Bi-Lo’s acquisition of three Delhaize Group nameplates; Kroger’s acquisition of Harris Teeter; and Spartan’s acquisition of fellow wholesaler-retailer Nash Finch.

In supermarket liquidations, efforts to bolster returns can be affected by a number of variables. During the course of a sale, liquidators typically replenish fresh milk, bread and other products to improve the return on slower-moving merchandise. These continuity products help keep loyal customers coming in the door by driving traffic. In some cases, though, vendor relationships can complicate things: Oftentimes, these operators concentrate a significant percentage of their purchases with a single wholesaler. In failing to pay such a critical vendor, the operator risks the integrity of its supply chain. Early involvement by the liquidator can afford the team more time to explore ways to keep the supply chain intact.

Payroll considerations also tend to be more complex in this highly unionized sector. (Indeed, many of these workplaces are multi-union.) The short duration of grocery liquidations — typically about four weeks — means that work stoppages can be disastrous. And yet union rules tend to dramatically slow payroll-related decisions, dictating, for example, that you may not be able to cut personnel store-by-store (because the lowest-tenured worker in a given store may not be the lowest tenured worker chainwide). State regulations on the discounting and sale of tobacco, beer and wine, lottery inventory and the like can further complicate the process, as can the dynamics around often-present pharmacies. The value of the pharmacy’s list of prescription customers can degrade with time: If customers learn their grocery’s pharmacy is closing, they might just preemptively go down the street to CVS or Walgreens.

Over the past few years, the aforementioned shifts in the supermarket sector have translated into greater demand for Tiger Group’s services, from dispositions and valuations, to major equity investments. For example, Tiger was involved in the liquidation of more than 250 underperforming Albertson’s stores across the U.S. Tiger also invested with private equity groups that took a position in Supervalu, Inc. and subsequently acquired certain Supervalu brands for about $3.3 billion. This experience has convinced us of the upside of supermarket deals — so long as they are handled with forethought and finesse.