Throughout the pandemic, Tiger Group has been on the front lines of headline-making retail dispositions, from selective store-closure projects involving JCPenney, GNC and Sur La Table, to chainwide liquidations for the likes of New York & Co., Modell’s, Barney’s and Stein Mart. 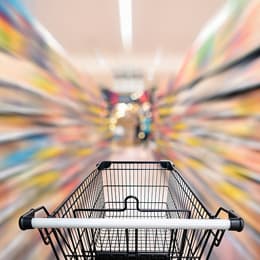 ABL Advisor sat down with Michael McGrail, Chief Operating Officer, for his take on the effects of the crisis in areas such as appraisals, liquidation performance, seasonal retail inventories and the supply chain. While McGrail is clear-eyed about the challenges facing the retail sector, he sees reason for optimism. “As bad as COVID-19 has been and continues to be, I’ve been pleasantly surprised by the sales results we’ve been getting,” says McGrail. “There’s strong, pent-up demand among consumers, and the best retailers are adapting.”

ABL Advisor: Thank you for speaking with us today. Can you tell us about a liquidation in the retail sector that stands out for you since the pandemic started? 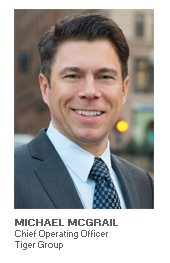 Michael McGrail: A standout memory for me is Modell’s. We were right in the middle of the liquidation sale when New York City went on total lockdown. We had no choice but to confront the effects of the shutdown head on. The good news is that the bank is getting out in full. Despite the extraordinary challenges involved, we nearly hit the original appraisal values for the liquidation.

ABL Advisor: Has the pandemic created new challenges for liquidators that were less prevalent prior to the pandemic?

McGrail: Yes. One of the first things you realize is the effect of geography. Back in March and April, there were rolling lockdowns that varied from city to city. If you’re a national chain with stores all over the country, it’s no big deal if 5 percent of them are shut down by government order. You can still move that merchandise to locations where the virus is more contained, and businesses are still operating. But if the vast majority of your stores are centrally located in the metro New York area—which was the case with Modell’s—your GOB sale is shut down. Period. With Modell’s we were at a standstill for about eight weeks as a result of the shut down in New York.

It really was extraordinary. In this type of scenario, you are forced to do things like pay landlords 30 percent of the rent, even though you can’t use the space. In fact, we just abandoned the mall-based stores because mall traffic was just out of the question at that time.

ABL Advisor: According to various reports, many restaurants and other types of businesses are also struggling to get people back to work. What are your thoughts on this unusual circumstance and how this impacts the GOB process?

McGrail: If you think about it, when people were laid off and had to file for unemployment, they often had to wait weeks for their checks. Once their unemployment checks finally came through, the last thing they wanted to do was work at a GOB sale for six weeks and then go through the unemployment process again. Plus, they received the additional $600 through the stimulus package. As a result, in some cases, people  were making more money while unemployed than while gainfully employed. This certainly impacts the GOB process in many industries.

ABL Advisor: How did Tiger Group get employees to staff your liquidation sales?

McGrail: We have good relationships with temporary labor agencies. In the case of Modell’s, we were supplying 2,000 employees per week through the agency and we managed to get back to full staff. The problem in this scenario is that you are getting inexperienced people who do not know the systems and structure of that business. As a result, you are training them for the first time and yet it’s a GOB. So that was a challenge.

ABL Advisor: You mentioned distribution was problematic. Were there any difficult issues related to the distribution of products as a result of the lockdown orders?

McGrail: Absolutely. When you can’t go cross state, shipping becomes a big obstacle. At one point, we saw a slowdown of 40 to 50 percent in capacity and in time. Even now, shipping is slower and less reliable than it was prior to the pandemic. As a result, it made sense for us to add a couple of weeks onto the liquidation sale. You never want to give away the merchandise, so we were willing to wait for the goods to get in place.

McGrail: Yes, we have. At times it has been difficult to keep the merchandise moving, get it into the sale and ticket it. Every distribution center has run into COVID-19-related obstacles to some degree. Just because merchandise is available, doesn’t mean you can easily flip it into a sale. But it’s still possible to augment the inventory. You just have to be aware of the potential snags and ask a lot of questions.

McGrail: I’m getting that question a lot. The answer is yes. In fact, we just recently wrote an equity check on a deal. I’m sure we’ll see other situations where we’re OK with it. As I mentioned, if a retailer’s portfolio is comprised of 50 stores that are spread out from coast to coast, lockdowns may not be a huge problem. You can still absorb that merchandise, even if moving it around may be a bit more challenging than before.

However, it’s important to underscore that when a store is unable to operate, it needs to be excluded from the value. While that language has always been in the standard agreement, it’s no longer just fine print. Everyone needs to understand this has always been a condition of the appraisal/equity bid process.

ABL Advisor: What trends, in terms of retail category performance, has Tiger Group observed so far in this new environment?

McGrail: When we look at the statistics of some of our appraisals, we’re definitely seeing winners and losers. But I’m really fascinated by this question, so I’ve been following retail in general pretty closely. Right now, The Home Depot and Lowe’s cannot keep any inventory on their shelves. People spend more time at home coming up with indoor and outdoor projects. Beauty items are also selling extremely well as people do their own hair and nails now more than ever.

In the past, when we liquidated sporting goods stores, we had very low recoveries historically on things like weights or other items that would be appropriate to a home gym. That has been totally flipped on its head. It’s part of the reason the Modell’s liquidation did so well.

Higher-end kitchenware is also doing great. Sur La Table, which is a bit like Williams-Sonoma, is over-achieving its historical appraisal values in part because people are spending more time in the kitchen. JCPenney has home-related or high-utility items in its merchandise mix, so Penney’s is performing better than some might think in this environment.

ABL Advisor: Seasonality typically has a significant impact on the retail sector during more normal times. What have you seen in terms of how seasonal merchandise is being handled now?

McGrail: We’ve received a lot of calls from retailers asking for solutions to the glut of seasonal merchandise they have on hand. As you know, retailers buy inventory six or nine months in advance, and some of them missed the entire spring selling season. As a result, they were sitting on a tremendous amount of seasonal inventory.

But here’s the thing: If you deep-discount that merchandise in your own stores, the customer gets used to those discounts. They get conditioned to expect it. Moreover, the secondary market just cannot absorb the huge amount of inventory that is out there today.

I have been encouraging the larger retailers to do “pop-up stores” where they can consolidate that inventory and clear it over the short term. It works very well.

Certain merchandise, like basic items that aren’t shopworn, can also just be packed away for the following year. I don’t think the glut of seasonal merchandise will be a huge problem in 2021. It was really a consequence of being hit by the shutdowns out of the blue.

ABL Advisor: What is your outlook for the retail sector as we end 2020 and move into a new year?

McGrail: With respect to retail, some structural changes may be in order. Like no other country in the world, our finance structure is built around the ability for retail companies to leverage their inventory and grow. It’s a huge reason why we’re so massively over-retailed today. If you ask me, we’re headed for a future where retail will be reduced by about 40 percent, much more in line with the per-capita square footages of other developed countries.

That doesn’t mean retail is doomed. The reality is, over the past century or more, we have built a consumer mentality that no single event can erase. It’s why people still react well to GOB events. However, the pandemic event will almost certainly have lasting consequences for consumer behavior—just look at online shopping. As an industry, we’ll need to stay nimble and adapt to those shifts.