Historically, foodservice inventory and M&E have been good, stable forms of collateral, and the prospects of this “safe haven” sector remain quite strong over the long term. However, closer monitoring is always required when any form of collateral faces headwinds, which is the case in today’s food-distribution sector due to shortages of truck drivers, refrigerated trucks, warehouse personnel and even some staple menu items in American restaurants. While these dynamics may be temporary, lenders in this space would do well to give the overall health of foodservice distribution borrowers a second look. 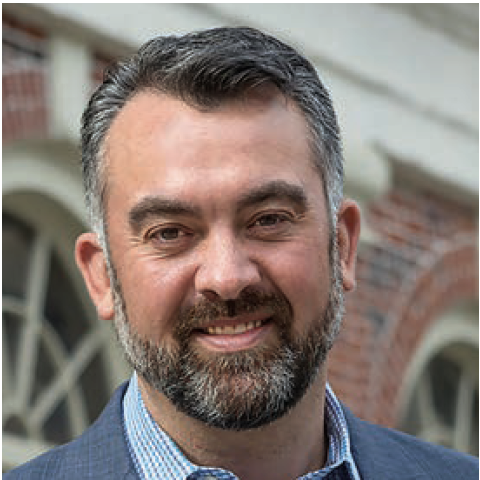 A little background: most foodservice distributors serve a variety of customer types, including independent and chain restaurants, healthcare facilities, schools and other government-funded entities like prisons and foodbanks, and supermarkets and small grocers. Typically, restaurants make up around 70-80% of a given distributor’s customer base. During the pandemic, foodservice distributors shifted to grocery, which was deemed “essential.”

As Covid-19 hit and restaurants closed, distributors were forced to either rapidly adapt to the changing landscape or shutter their operations. During 2020, companies like Sysco ramped up sales to grocery stores and other non-restaurant customers as consumers shifted from dining out to eating at home. As noted in the company’s annual report, total overall sales fell by about $7 billion in fiscal 2020. But Sysco reportedly managed to win more than $1 billion in new business during the crisis by focusing on non-restaurant customers. Along with other successful distributors, the food giant was also able to decrease operating expenses at the start of the pandemic to remain profitable despite the sales decline.

In conversations we conducted with smaller distributors earlier this year, they expressed confidence that their inventory positions would hold steady. Most distributors keep a 2–3-month supply of inventory so, when sales slowed at the start of Q2 2020, this short length of supply helped protect them from becoming over-inventoried. Distributors reduced sourcing and continued to maintain that same 2-3 months’ supply even as sales remained lower. This meant that, in appraisals conducted prior to the restaurant rebound, their inventory collateral values were similar to pre-pandemic levels.

Challenges and Headwinds
But the situation is changing quickly. We’re now seeing a dramatic shift in consumer behavior as Americans start traveling, patronizing entertainment venues, and eating out once again.

This past April, per preliminary U.S. Census Bureau data, total monthly sales at eating and drinking establishments reached $64.9 billion. This figure is about $2 billion higher than the prior month and $35 billion above the pandemic low, set in April 2020, of $29.9 billion.

This third consecutive month of rebounding restaurant sales was “driven by rising vaccination numbers and the easing of restrictions in many parts of the country,” according to a press release from the National Restaurant Association. This shift means that distributors will need to pivot back to making more deliveries to restaurants, and less to retail operations like grocers.

At least for now, the dramatic surge is testing the limits of the U.S. food supply chain. Citing shortfalls of chicken and other basic food supplies; difficulty in finding workers, and mushrooming transportation costs, The Wall Street Journal on May 21 quoted Mark Allen, head of the International Foodservice Distributors Association, on the gravity of the situation: “Over the last six weeks, we have seen the market come roaring back faster than anybody would have anticipated,” he told the newspaper. “The startup has been, in many ways, as difficult as the shutdown…Everybody is trying to turn it on immediately and the capacity might not be there.”

The supply chain has reportedly been rocked by erratic deliveries, in part because distributors reallocated so much of their capacity to grocery stores as a response to the pandemic. Formerly highly predictable, the availability of many basic elements in U.S. food distribution—corrugated cardboard, plastic packaging, staple foods and more—is now uncertain.

Other headwinds are presenting themselves. Labor costs have spiked and are expected to stay elevated due to both
an increase in wages and labor scarcity, which should further drive wage growth. In a May 11 press release, The National Federation of Independent Business (NFIB) said 44% of owners had reported job openings that could not be filled. It was a record high reading and 22 percentage points above the group’s 22% historical average for this labor measurement over the past 48 years. “Small business owners are seeing a growth in sales but are stunted by not having enough workers,” stated NFIB Chief Economist Bill Dunkelberg. “Finding qualified employees remains the biggest challenge for small businesses and is slowing economic growth.”

Food costs are also rising, resulting in an increase of prices at the operator level. Many CPG companies, including General Mills, Hormel Foods, and J.M. Smucker Co., reportedly have either implemented price increases or are planning to do so. Prices are expected to increase between 2.5-3.5% for the balance of 2021, per the USDA’s April forecasts.

Inventory and Equipment Value
With any shift in the balance of supply and demand, lenders need to reassess collateral value. With respect to foodservice inventory, food prices increased by 0.4% in April due to higher costs for the likes of eggs, fish, dairy products, and fruit and vegetables, according to government data. Meanwhile, certain equipment used by food distributors—such as refrigerated trucks—is now in higher demand as well. On this latter score, it is worth noting that, when food distributors pivoted from restaurants to grocers, they were able to maintain smaller fleets of rolling stock. After all, there are far fewer grocers than restaurants in a typical market, and so a strategy focused on supplying grocers can mean less time on the road and fewer delivery stops made.

Now that the pendulum is swinging back to restaurants, those trucks (and drivers) are sorely needed once again.

Other collateral in this sector can include the shelving, material-handling and storage equipment found in warehouse and distribution facilities, and the buildings themselves. Here, too, a reappraisal could be beneficial: The value of some of this collateral may be on the rise as food distributors scramble to meet the demand triggered by the restaurant reboot in the United States.

Borrower Health
Faced with these pressures, some “on the bubble” food distributors (particularly smaller independent operators) may be poorly positioned for the future. During the height of the pandemic, their survival strategy could have included furloughing truck drivers and warehouse personnel to cut costs. Those personnel may now be either unavailable or too expensive to hire back. In addition, some distributors may lack the rolling stock, distribution facilities or operating capital needed to meet the resurgent restaurant demand.

In our experience, many of those regionals that could not stay afloat in 2020 were quickly acquired by other food distributors with stronger balance sheets.

If today’s pressures prove to be too great for some distributors, their better-positioned competitors are likely to snap them up as well. Further consolidation seems likely because healthier regional food distributors know that growing their footprint and leveraging economies of scale is the best way to compete. 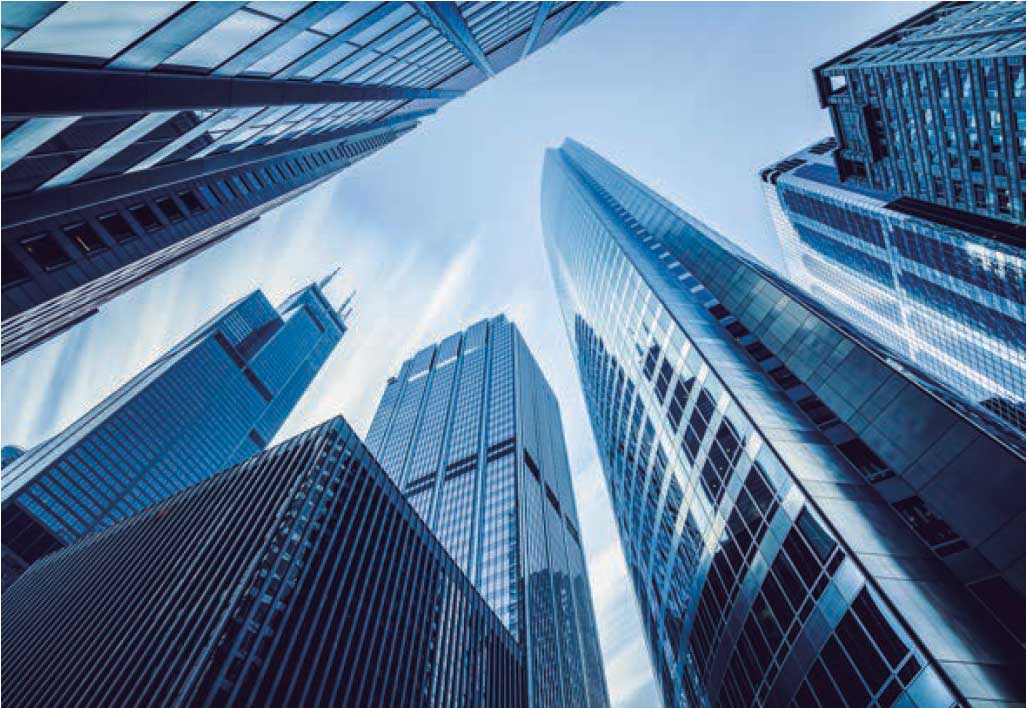 Yet they are physically limited by radius: Making deliveries beyond a certain distance may no longer be cost-effective. These operators cannot go toe-to-toe with heavy-hitters like Amazon for new warehouse and distribution real estate built from the ground up. The only real way to expand is to acquire another company with its own territory, facilities, equipment, customers and personnel. In particular, the value here is in the routes and customers of these targets: By making acquisitions, distributors either gain routes in new markets or increase their productivity and efficiency by bolstering the density of the routes they already serve.

These dynamics bode well for collateral value. In some markets, demand could be high enough that multiple food distributors could engage in a bidding war for the assets of other foodservice distributors.

What Comes Next?
Distributors that have successfully weathered the pandemic may be well-positioned to thrive as more states fully reopen their eating and drinking establishments. As costs increase, many distributors will be able to adjust their prices and pass through these costs, which is a necessity in this historically low-margin business. (Operating margin for Sysco, for example, has trended around 3.9% in the four years prior to 2020, and last year it was less than half that number.) Other operators, experiencing some extended disruptions, may need to be more closely monitored by their lenders to better position them to regain solid ground. Under normal circumstances, appraisal firms recommend that food distribution asset appraisals occur around every six months. That is to ensure that inventory stays in line with demand and to confirm the borrower remains healthy.

What are the red flags and areas to watch out for? Length of supply of inventory should remain in line with prior years; even if sales remain suppressed in the short term, successful companies should be able to adjust their sourcing strategies accordingly.

Last year, food distributors with efficient approaches to inventory management deftly scaled back their sourcing in response to lower sales. As a result, they are now well-positioned to bring on more inventory in response to the spike in restaurant sales. (This assumes, of course, the actual availability of that inventory. For now, certain basic items, including the likes of chicken, pepperoni, peanut butter and ketchup packets, are in short supply.)

In assessing borrower health, lenders would do well to scrutinize the distributor’s overall length of supply. Companies that allowed length of supply to get too extended in 2020 may not yet have corrected the problem. As a result, some of that product could be nearing its expiration date. In other cases, distributors may be stuck with too much of certain low-demand products. Because they have too much capital tied up in that inventory, acquiring higher-demand products will be much harder for them.

Margins should also remain steady: Since higher costs are typically passed through in the form of higher prices, higher costs should not affect profitability. And last, a high route density is important, as maximizing sales relative to delivery expense is a key component of distributors’ profitability. Make sure routes have been optimized, and personnel and rolling stock are at the right levels. Distributors with too much rolling stock, inadequate personnel, poor route-planning or some combination of the three make less money than their better-run competitors.

More and more states are easing restrictions and allowing restaurants to reopen and increase capacity. This is a positive development for an industry hard hit by the pandemic and lockdowns. Successful distributors will have the wherewithal to nimbly adjust to this great rebalancing.

This article appears in the June/July 2021 edition of The Secured Lender.