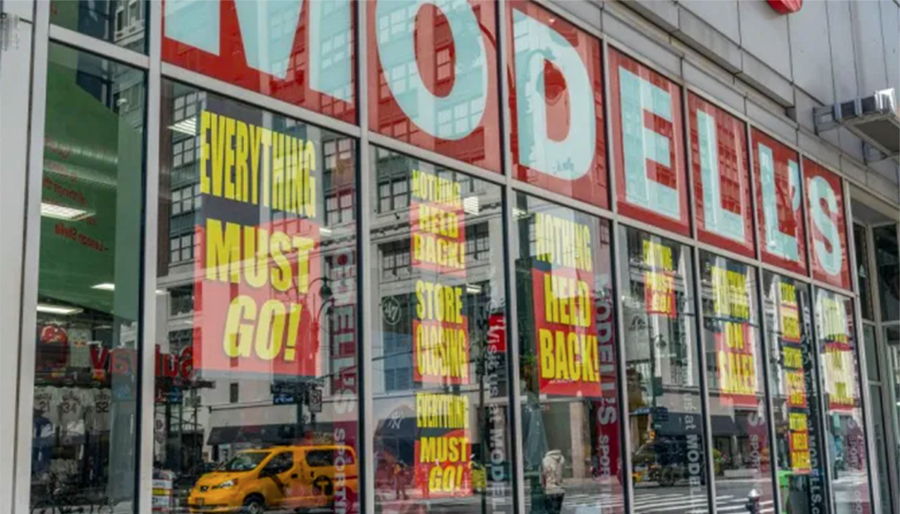 A joint venture of Tiger Capital Group,  Great American Group (a B. Riley Financial company) and SB360 Capital Partners is conducting the sale on behalf of the New York-based retailer in accordance with state and local social distancing and sanitation guidelines.

A full list of the locations now being closed is available here.

“The store-closing sales got off to a very strong start on March 13 before we had to temporarily shut down due to the pandemic,” said a representative of the joint venture. “Now that we’re up-and-running again, shoppers will find discounts of up to 40 percent on equipment for all major sports, as well as the likes of yoga and Pilates, bikes and scooters, skates, outdoor gear, and more.”

Modell’s collections of footwear, apparel, accessories, and fan-shop items from every major sport, including many local teams, are also being offered at liquidation discounts.

“Even non-athletes will find something of interest such as backpacks, water bottles, duffel bags, sandals, jackets, pants, sweatshirts and outerwear,” the representative added.  “We urge shoppers to come in early for the best selection.”

Furniture, fixtures and equipment will also be available for sale at the stores.