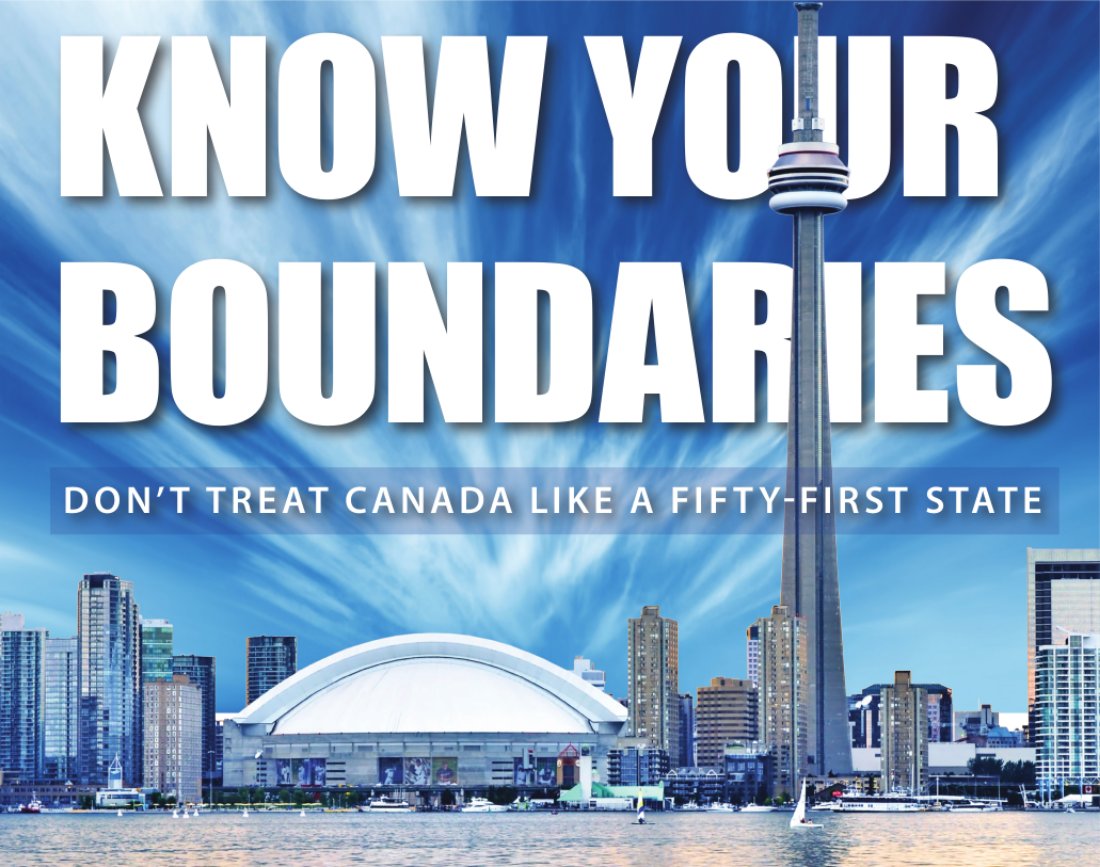 To get a feel for how excited some Canadians are about the prospect of foreign brands entering the country, take a look at the columns of Marina Strauss in The Globe and Mail newspaper. The Toronto-based retail reporter maintains a vigilant watch for the latest scuttlebutt about the Canadian “invasion plans” of chains such as Target, Nordstrom, Bloomingdale’s and Lowe’s. Likewise, the press releases and annual reports of top Canadian mall owners are full of references to their leasing teams’ latest deals with Apple, Hollister, Bed Bath & Beyond, Victoria’s Secret and other foreign-owned chains.

But chat with Canadian businesspeople about the on-the-ground realities of doing business with their counterparts from the United States, and another side of this story can emerge. “We were dealing with one U.S. vendor, and the person on the phone was extremely frustrated at the sluggish sales of some boating-related gear they had shipped to us by the truckload,” related one Canadian retail executive. “This was in November. The stuff was selling like gangbusters down in the states, but I explained to the gentleman that, up here, it was still tucked away in our warehouses. I said to him, ‘Thanks for the shipments, but do you understand that our lakes are all frozen?’”

While they would never make lackadaisical assumptions about Bangladesh, Belgium or Brazil, far too many U.S. businesspeople see Canada as something akin to a 51st state — a place where they can take a business-as-usual approach without thinking much about the substantial cultural, social, geographic and political differences that prevail north of the border. This is a mistake. Canada’s diverse, nuanced and relationship-driven business environment demands sensitivity to such issues.

Canada’s provinces and territories combine to form the second-largest country by area in the world. And as one ought to expect, there are economic, cultural, regulatory and, in the case of Quebec, even linguistic distinctions between these vast regions. Québec is a different world from Ontario, which, in turn, is distinct from British Columbia, Alberta, Saskatchewan, Manitoba or the Maritimes. Should one become a scholar of Canadian geography and history before daring to do business in the country? Not necessarily. However, knowledge of the basic dynamics between these different parts of the country, including political agendas and social tensions that are in some cases deeply felt, is critical for anyone hoping to build solid relationships there. In Canada, after all, business is much more relationship-driven than in the United States. While their colleagues south of the border tend to focus sharply on the bottom line, Canadian professionals often put a premium on trust and confidence. Subjectivity is a bigger part of the picture, and so missteps caused by ignorance can be more than just embarrassing — they can be costly.

Imagine a U.S.-based retail executive who flies to Québec thinking, “Well, they all speak both English and French up there, so we should have no problems.” Such a cavalier attitude would not be well received in the French-speaking province, where some executives are uncomfortable conducting business meetings in English and where the current premier, Pauline Marois, is synonymous with the campaign for a sovereign Québec. And while voters appear to have soured on Marois’ fierce brand of separatism, the provincial government is committed to protecting Québec’s language, culture and heritage. Retailers must be sensitive to these concerns. Those that fail to employ letter perfect French language signage, ads, presentations and other communications will pay the price.

From the standpoint of logistics, Canada’s huge geographic spread means that distribution can be quite difficult to negotiate. Rare is the U.S.-based company that can bring its distribution systems whole cloth into the country, thanks to variations in accounting practices, taxes and local regulations. Trade agreements, moreover, require that merchandise imported into Canada from, say, the Far East must go directly into the country and not through the United States first. Product labels, too, must bear distinct disclaimers spelled out by the Canadian government. Thus, Canadian stores cannot be treated as far-flung parts of a stateside retail portfolio.

Despite the enormity of the landmass, Canada’s population of 35 million people is relatively small, about that of California. Given the challenges of moving north, why not simply focus on stateside markets? As mentioned, many Canadians are thrilled about the prospect of more access to American brands. These aspirational consumers have grown tired of a number of the ho-hum, homegrown retailers. Certain consumers in Western Canada, meanwhile, now have plenty of money to spend amid the ongoing energy boom.

Canadians can also be quite cost-conscious, which makes them good customers for value chains that have been on a tear in the United States. Some Canadian shoppers are obsessed with finding value and will happily buy their husbands, say, a $9.99 pair of pants. They do want to “buy Canadian” whenever possible, but these shoppers will no doubt flock to the superior-quality value offerings of the likes of Target and Walmart (which will be opening stores across the street from one another in some markets). The competition will likely force chains like Loblaws, Rona and Canadian Tire to take aggressive markdowns. And so in the next few years we are likely to see a bit of a bloodbath on margins. Some of the homegrown players could fall by the wayside, creating more opportunities for foreign chains. Just as Macy’s has thrived in the United States by tailoring merchandise to the tastes of local shoppers, it is likely that foreign-based companies will, with time, learn how to appeal to local sensitivities in Canada as well.

But all of this will require relationship building — with landlords, local officials, leasing agents, marketing experts and, not least of all, consumers. The first step is to drop the kinds of preconceptions that, all too often, hinder U.S. businesspeople working north of the border. Rather than seeing Canada as a 51st state, those who ask questions and seek local expertise will better position themselves to reap the rewards.