Retail and the Debt ‘Tipping Point’ 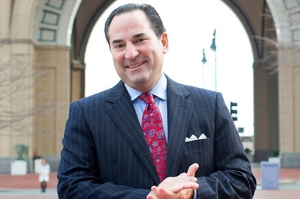 The unsettling headlines in retail just keep on coming. One of the latest going-out-of-business events—the closing of Payless ShoeSource’s North American operations—stands as the largest liquidation by store count in U.S. history. My firm, Tiger Capital Group, along with joint venture partner Great American Group, began liquidating $1 billion in inventory at 2,300 Payless stores this past February. The sale followed recent bankruptcies and store closures by Sears, Bon-Ton Stores, Nine West, Claire’s and Toys “R” Us.

Why is this happening? Within the fashion industry, explanations tend to hinge on the rise of e-commerce, stiff competition from off-price chains and the loss of brand-consciousness among younger shoppers. Such assessments only tell one side of the story. The consensus in my part of the business world, which is peopled by the likes of financiers, appraisers, liquidators and bankruptcy professionals, is that most laypeople fail to grasp the degree to which financial factors—especially impatience triggered by a chain’s excessive debt—are driving retail failures.

McKinsey & Co.’s Private Markets Review sizes up the growth of private equity—the sector most responsible for buying up retailers and saddling them with debt. According to the latest Review, published this past February, global private equity net asset value grew by 18 percent last year. In 2018 alone, according to McKinsey, private-market fundraising reached about $778 billion. And since 2002, overall private equity capitalization has grown more than sevenfold—twice as fast as the public markets.

In layman’s terms that means that wealthy private investors continue to have more money to spend than they know what to do with. Especially before the financial crisis, retail chains made for attractive investment targets. Yes, the threat of ecommerce loomed, but retail was mature and well understood: Private equity firms knew that asset-based lenders (the companies that make loans to retailers based on the value of their inventories, real estate and other collateral) felt good about recovery values in this sector.

Toys “R” Us was one of the earlier and more prominent private equity targets. Back in 2005, the retailer had about $1.9 billion in debt when three giants—Kohlberg Kravis Roberts, Vornado Realty Trust and Bain Capital—used heavy leverage to acquire it. Post-transaction, Toys’ debt load spiked to $5 billion. The story was similar for chains such as Sports Authority, Gymboree, Linens ’n Things, The Rockport Co. and True Religion.

Two years in particular—2016 and 2017—appear to represent a kind of tipping point with respect to the ill effects of excessive retail debt. In 2017, 21 major retailers filed for bankruptcy protection. The list included Vanity, Gander Mountain, Gordmans, RadioShack, MC Sports, Sears Canada and hhgregg, along with a raft of mall-based specialty stores such as rue21, the Limited, Wet Seal, Eastern Outfitters, BCBG Max Azria, True Religion and Aerosoles.

In a January 2018 article for American Bankruptcy Review, researchers Chuck Carroll and John Yozzo of FTI Consulting noted that private equity-owned companies accounted for a rising share of all large Chapter 11 bankruptcy filings beginning in early 2016. The trend, which picked up in 2017, was “mostly attributable to [private equity firms’] disproportionate share of failed retailers,” they wrote.

Why is debt such a problem for retail businesses? If the mortgage on your house were to quintuple overnight, paying your other bills would suddenly be a lot more stressful. Debt-saddled retailers found themselves in an analogous position: Precisely when they needed a lot of money to launch ecommerce operations, ramp up in-store experiences and overhaul their supply chains, they were faced with overwhelming debt service.

None of this is to dismiss conventional explanations related to consumer behavior, ecommerce or the overstored American landscape. For the fashion industry, though, there is some good news here: The basic model of selling fashionable apparel in a brick-and-mortar store may not be as broken as many people think. Rather, many of the bankruptcies and store closures happening today are a natural consequence of investment decisions made by private equity firms, activist investors and bondholders focused on retail.

In the next column in this series, we’ll discuss what actually happens in a liquidation process and why, here too, oversimplifications can lead to problematic misconceptions.