Tiger Capital’s Gail Glave on the Art of Liquidations

The Tiger Capital Group is in the business of liquidating retailers — and sometimes rescuing them. “Liquidations are our bread and butter, along with asset-based appraisals. They work very well together,” said Gail Glave, managing director of the Tiger Capital Group. “But our asset lending and finance group are becoming more of our business every day.”

On Feb. 1, Francesca’s was sold to Tiger Capital, TerraMar Capital LLC and SB360 Capital Group LLC, enabling the teen and tween girls fashion chain to emerge from bankruptcy. The new Francesca’s also got a $25 million asset-based revolving credit facility provided by Tiger and other lenders.

While the New York-based Tiger has done several nonretail fundings, Francesca’s marked the firm’s first in retail. Before the investment, Tiger conducted many Francesca’s store liquidations, yet saw viability in the chain as it navigated through the pandemic. 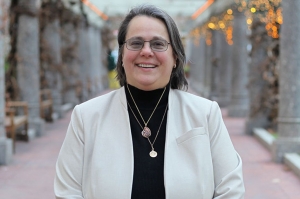 “When you shut down a store for three or four months, it’s hard to sustain them,” said Glave. “Right now, they are trying to increase online business and assessing stores. They may close [more] stores, they may not. The product is good. Their niche is a good. We think they are worth the risk to help finance them.” Asked what was Tiger’s largest liquidation project, she replied, “Circuit City was one of the biggest — over $2billion worth of inventory. It was a joint venture. The large liquidations are generally joint venture agreements because they are so big. Payless Shoes was another big one, over $2 billion and over 2,500 stores. Bon-Ton was another huge liquidation we conducted.”

Tiger also liquidated between 100 and 150 Sears Holdings Corp. stores. “That was a company that had thousands of stores,” observed Glave. “It’s down to less than 10 percent of what it once was.” Tiger has also been involved in liquidating several J.C. Penney Co. Inc. stores. “Most of the large ones were old concepts or so upside down in debt that there wasn’t anything else to do other than liquidate. With Francesca’s, it’s a company we are saving because there is viability there.”

“We did Loehmann’s years ago. I thought if they had the right financing and spent the money in the right places, it could have lasted. They overexpanded too quickly and were unable to [procure] the goods to support the stores. Loehmann’s was best asa regional company.” But after overextending, Glave added, “Their footprint shrank probably smaller than what they needed to be to make themselves more profitable.

In addition, there’s been a lot of off-price competition.” Tiger Capital also ran the liquidation of the historic Lord & Taylor flagship on Fifth Avenue in Manhattan. “I was in that building for four months. That was a very interesting sale,” said Glave. From other L&T locations, “The goal was to sell the majority of clearance goods for L&T. We received over 800 trucks of clearance merchandise that needed to be tagged, hung and displayed — 10 trucks a day for almost three months,” said Glave. “The logistics of getting that many trucks from the distribution center to the flagship was the determining factor in the length of the deal.

“When customers came in looking for regular product, it wasn’t there. In a clearance sale you also expect to find regular goods.” Lord & Taylor’s clearance merchandise wasn’t poor quality, but lacked depth in sizing. Certain tops, for example, had plenty of large sizes but few small sizes. There were too many “odds and ends,” Glave recalled.

While liquidations are the “bread and butter” for Tiger Capital, they can be bittersweet. “Lord & Taylor had a great staff,” said Glave, noting that Tiger Capital also liquidated the L&T stores in Oak Brook, Ill., and Eatontown, N.J. “You get to know these people when you work in their stores. Many of them are dedicated to the company. I never blame the people in the stores,”for the final outcome. “They work as hard as they can to sell.”

Tiger Capital also liquidated Barneys New York, as part of a joint venture. “There was some mismanagement inside the company, and the rents and payroll were astronomical for those stores,” said Glave, giving her opinion on why Barneys failed. “As they started to run out of financing, the stores got bare, sales started going down. Barneys wanted very exclusive, top brands, but they had a hard time getting that product. Barneys also had an older clientele base. They had to lure younger people, Millennials.”

“They had a great name, but needed a fresher revamp. They had cutting-edge fashion in some areas, but also carried men’s suits, which just don’t sell as much anymore. They had a lot of real estate without a lot of product. Barneys became very light on merchandise.

I do think somebody new with really deep pockets who wanted to give it a go could have saved the concept…I wouldn’t blame the landlord. They got a piece of property that is worth a fortune.” When Tiger Capital put up the store closing signs, the general public came in, while regular Barneys customers generally stayed home. “We did augment the store with other product that we bought from their vendors and we bought things that would fit into the sales. I don’t think the augment hurt the sale. It actually helped a lot. We did very well with jewelry.”

According to Glave, liquidations require an expertise that the retailers themselves don’t necessarily have. “Some retailers lack the data collecting on the back end to be able to produce the B-I [business intelligence] reports. Also, some retailers fall in love with their merchandise and keep slow selling product in the stores because they feel it’s got to be worth more than what a liquidator can sell it for.”

Asked if it is challenging to run a liquidation, Glave replied, “It’s a matter of knowing the product and kicking off the sale right with signs and encouraging the employees to stay. Once we put the signs up we see a huge increase in sales, which for Barneys was maybe the opposite. That was a learning experience, when you get the signs up and offer the deals, there is a beginning and an end. It’s usually two or three months and you are done. We always try to make the store staff understand that if customers see something that’s 20 percent off today, they should understand they are taking a risk waiting to come back to see if it’s marked 30 percent off and hasn’t been sold yet.

“There is an extensive analysis we do on when to change the discount,” Glave said, explaining it includes determining the popularity of an item, what its rate of sale has been at the store and at competitive stores, and whether it’s in season or out of season, among other criteria. “We analyze products on a really detailed level, sometimes at the sku level, the department level, or the subdepartment level. There’s a lot more science that goes into it. You don’t just start at 10 percent off, then 20 and flip it at 30. Typically when we arrive at a company, I marvel when they say you guys get better margins than we do.”

Last January, Glave was promoted from director of field financial operations to the managing director job. Over the course of her 23-year career at Tiger and predecessor company The Nassi Group, she has managed many selective store closing sales and chain-wide liquidations, serving as a senior financial analyst and operations specialist, responsible for financial modeling,tracking and analyzing daily sales data, and the on-site management of Tiger‘s field supervisors.

“Gail is on the leading edge of liquidation analysis,” said Tiger chief operating officer Michael McGrail. “Her leadership role in developing Tiger‘s Insight Analytics is grounded in her ability to analyze data, at the most granular level, to find insights that improve our client’s operations and sales. On top of that, her store level expertise in retail operations, including merchandising and discount modeling, is unmatched. She brings a valuable ‘merchant’s perspective’ to all Tiger projects.”

According to its website, Tiger appraises more than $30 billion of assets and facilitates the sale of more than $1 billion of unwanted assets every year.

“There is a lot of four-wall analysis in all companies right now to cut away underproducing stores,” said Glave. Yet the coronavirus makes it trickier to get a clear read on the viability of stores. “You might have a store with a history of doing very well. Right now, it’s just not producing, so do you take the opportunity to get out of that building or make the gamble to stay in it? There is a lot of analysis that goes into that. Companies are looking at lease terms. Stores in Chapter 11 are renegotiating with landlords and maybe they decide to stay in certain locations if [the landlord] helps. Everybody is doing it. You’ve got to look at the history of the store and determine was it just making money or making great money, or is there something that can be done to help it make money?”

Glave believes this year won’t see as many store liquidations as last year. “When we get back to whatever normal might be, we could see a huge run on retail,” she said. “There is still a big market for people who want to touch and feel the product before they buy it.”